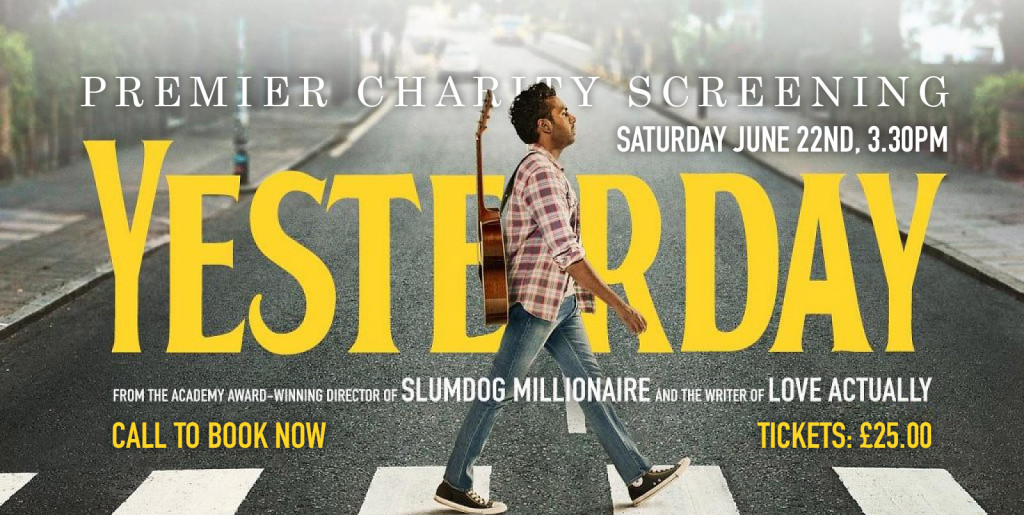 The Electric Picture Palace, Southwold, is delighted to announce a premier charity screening of the Richard Curtis/Danny Boyle film “YESTERDAY” filmed locally and including Ed Sheeran. This is a matinée “Afternoon Tea with Prosecco” event at 3.30pm on Saturday 22nd June, 2019. Tickets are £25 and all proceeds will go to Comic Relief. Call the Box Office on 07815 769565 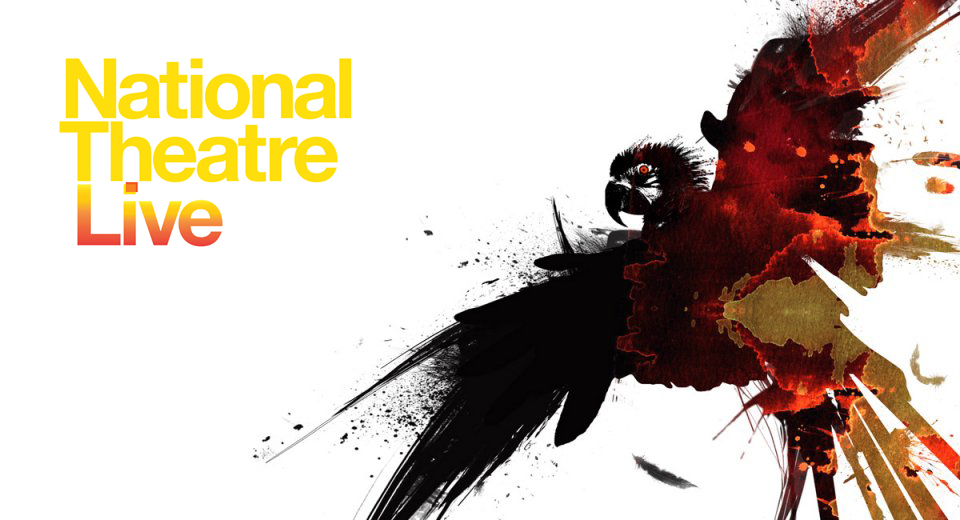 We have some exciting news for the start of 2015.

After a great deal of planning and preparation, we are now setup and ready to host live broadcasts from London’s National Theatre. The first of these is TREASURE ISLAND at 6.45pm on THURSDAY 22nd JANUARY, an exciting new production of the Robert Louis Stevenson tale.

Tickets are £10 from the Box Office and you don’t even need to be a member.

Future events are BEYOND THE BEAUTIFUL FOREVERS, a David Hare play, on  on 12th MARCH,  The new Tom Stoppard play   THE HARD PROBLEM on 16th APRIL, and Shaw’a MAM & SUPERMAN on 14th MAY.

For more information about the National Theatre Live visit http://ntlive.nationaltheatre.org.uk/ 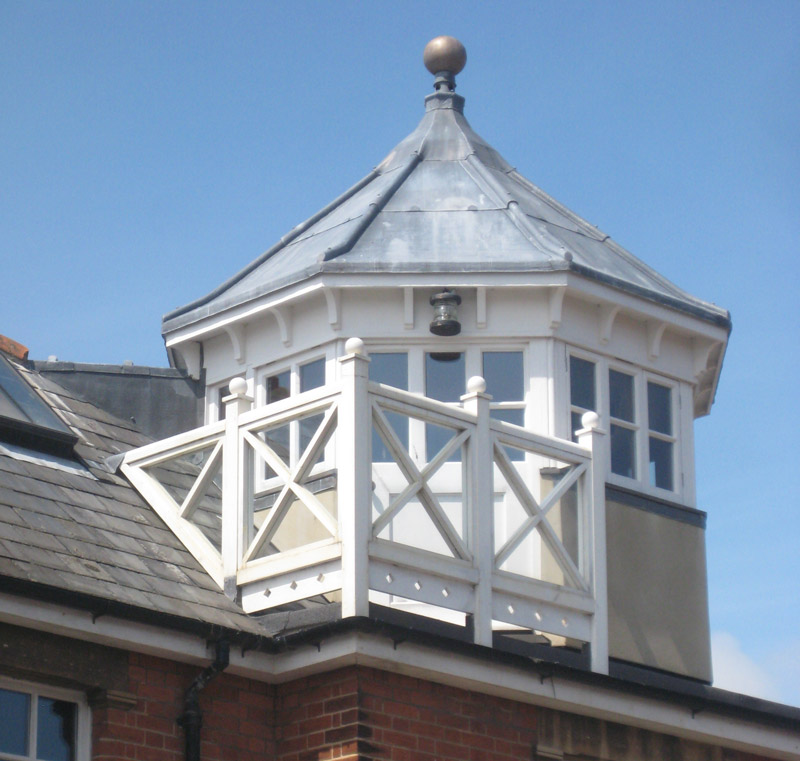 The new organ is up and running now, and producing , after some intial teething problems, a very good authentic Wurlitzer sound now the organists are getting more used to it. 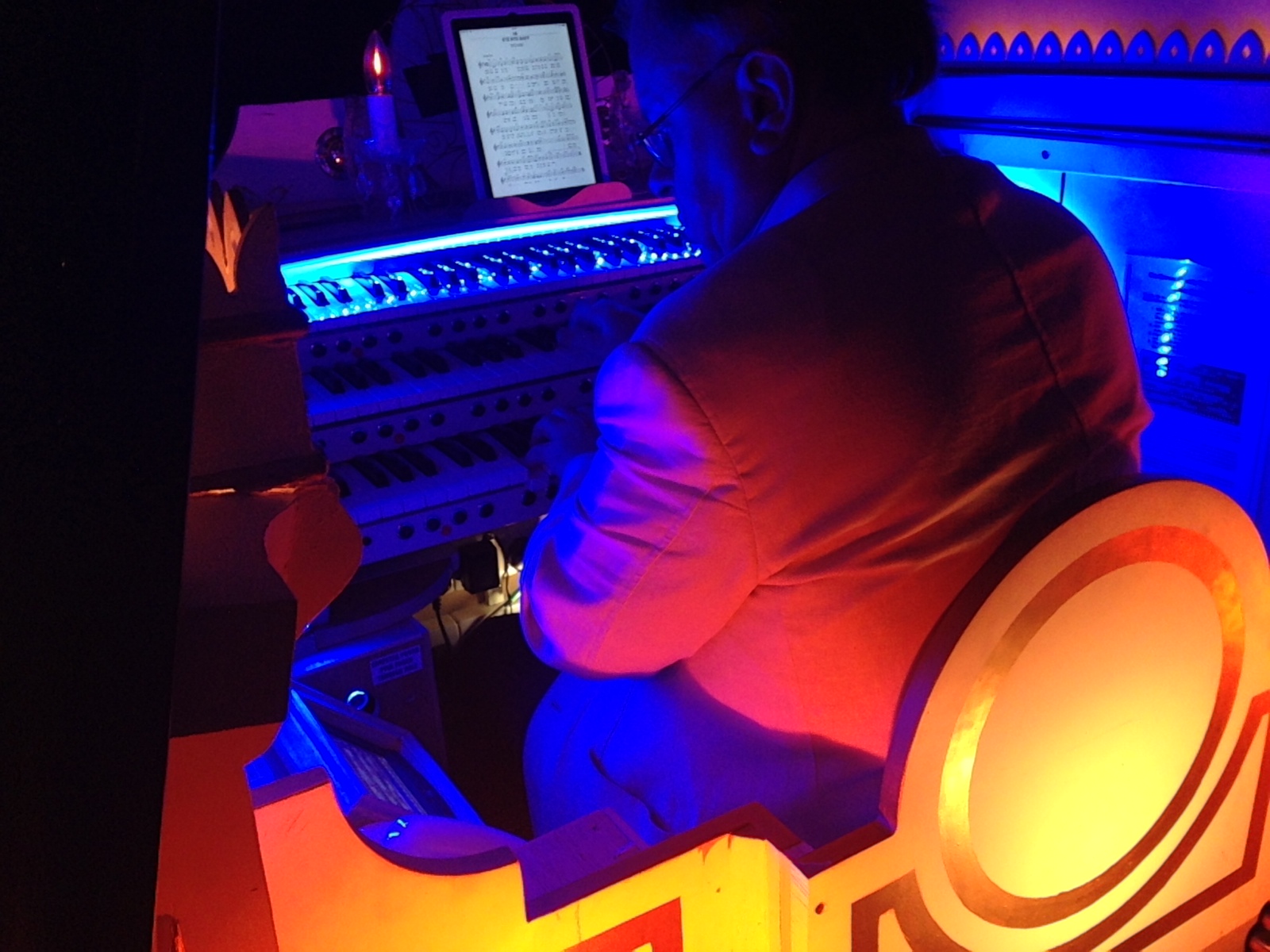 A new triple manual keyboard, a full pedal board, an inboard computer and clever software now enable the organ to sound like a genuine Wurlitzer. It was the brainchild of regular EPP organist Tom Horton, who with help from his father, Bernie Horton,  managed to shoehorn it into the tiny organ cockpit that resides below the stage.  Carpenter Donald Price remade the casing and DMR Electrical supplied some new blue LED lighting. Rows A and B need sunglasses! 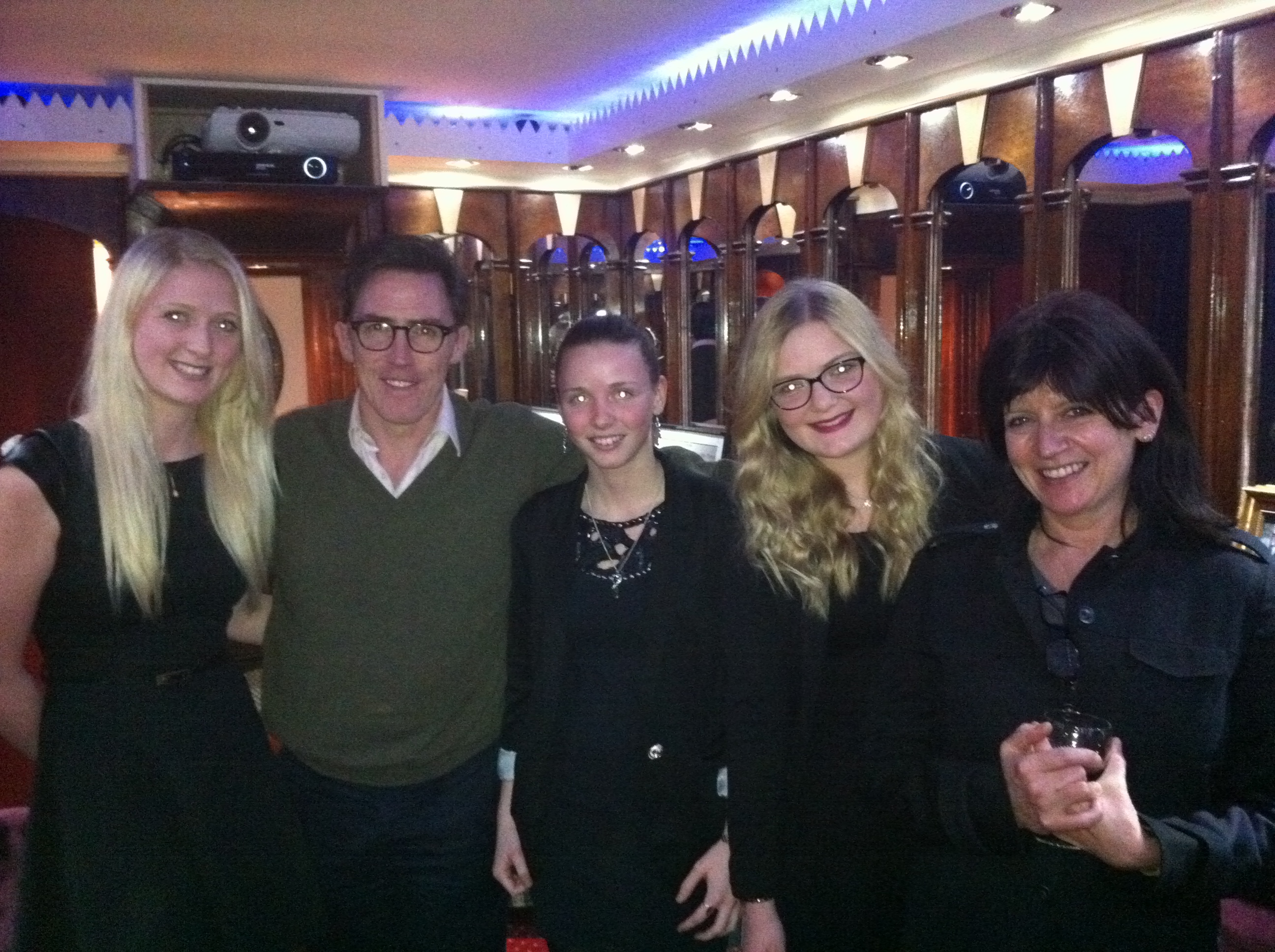 Usherettes Louise and Hayley Henderson (left and 2nd from right) and Marion Bryant (centre) with Rob Brydon and Emma Freud in “Screen Two” during the interval of  ”White Christmas”. 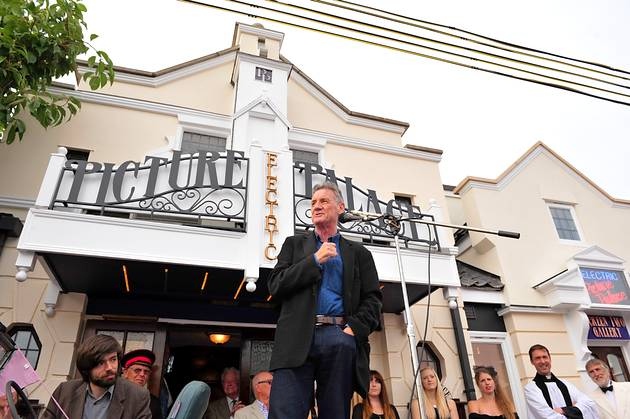 2012 is an important year for the 1,000 member Southwold Film Society. It is the tenth anniversary of the opening of the Electric Picture Palace building in 2002. It is also the centenary of the original Electric Picture Palace which began showing black and white silent films in the summer of 1912 nearby in York Road. Michael Palin, who opened the original building in May 2002, has very kindly agreed to come back and open the Extension.  In 2009 the Film Society was able to buy the next-door-but-two garage along from the cinema and eventually, after 10 months of negotiation during 2010, to swap that for the one next door.  With the kind co-operation of our neighbours, Nigel and Judi Johnson, we have been able to move the accessway to 2 York Road, from its position between the cinema and the garage, to the far right hand side of it, enabling us to make a direct connection from the existing building into the extension.

The Electric Picture Palace is owned by the Southwold Film Society, a charitable trust which promotes interest in film and cinema, running four seasons of films each year, about 90 screenings, plus other private shows and weddings.

The main benefit is that we have been able to create a much larger Foyer space. This will be very useful especially in the winter months when it is too cold or wet to avoid the Interval crush by going outside. There are now two ground floor toilets. The Kiosk benefits from a larger counter and there is an extra fridge and freezer for ice cream. The new space will also double as a small Gallery for exhibitions, and as a Screening Room (“Screen Two”) for film selection screenings etc. There is a tiny Kitchen enabling the space to become Café Paradiso during the recent Ealing Film Festival. The walls are lined with mirrors over which mahogany panels can be slid to provide exhibition surface. Upstairs is an Office and an Archive space to house the Society’s films, DVDs and equipment including a stock of old projectors and magic lantern slides. A new “Royal Box” has been installed in the Circle, bringing the seating capacity up to 70. A miniature Animation Studio will also be included in which we will be encouraging local young people to make stop-frame films

The cost of the extensionis around £110,000. It cost £56,000 to acquire the garage and arrange the exchange, with the work costing about the same. The money has come from revenue surpluses, two grants from the John Gilpin Trust, and fundraising from sales of twelve Film Quizzes devised by trustee Charlotte Clark, and of the Southwold DVD film we initiated and wrote, called “Southwold – Having a Wonderful Time”. The works have been undertaken at cost by local builders Duncan & Son incorporating joinery  made by Donald Price. External decorations were by English and Shepard, the electrical work by DMR. The complicated internal decorating has been undertaken on a voluntary basis by Jane and Rosie Bennett with help from Trevor and Sheena Kelsall. The building was designed, without fee, by John Bennett RIBA. 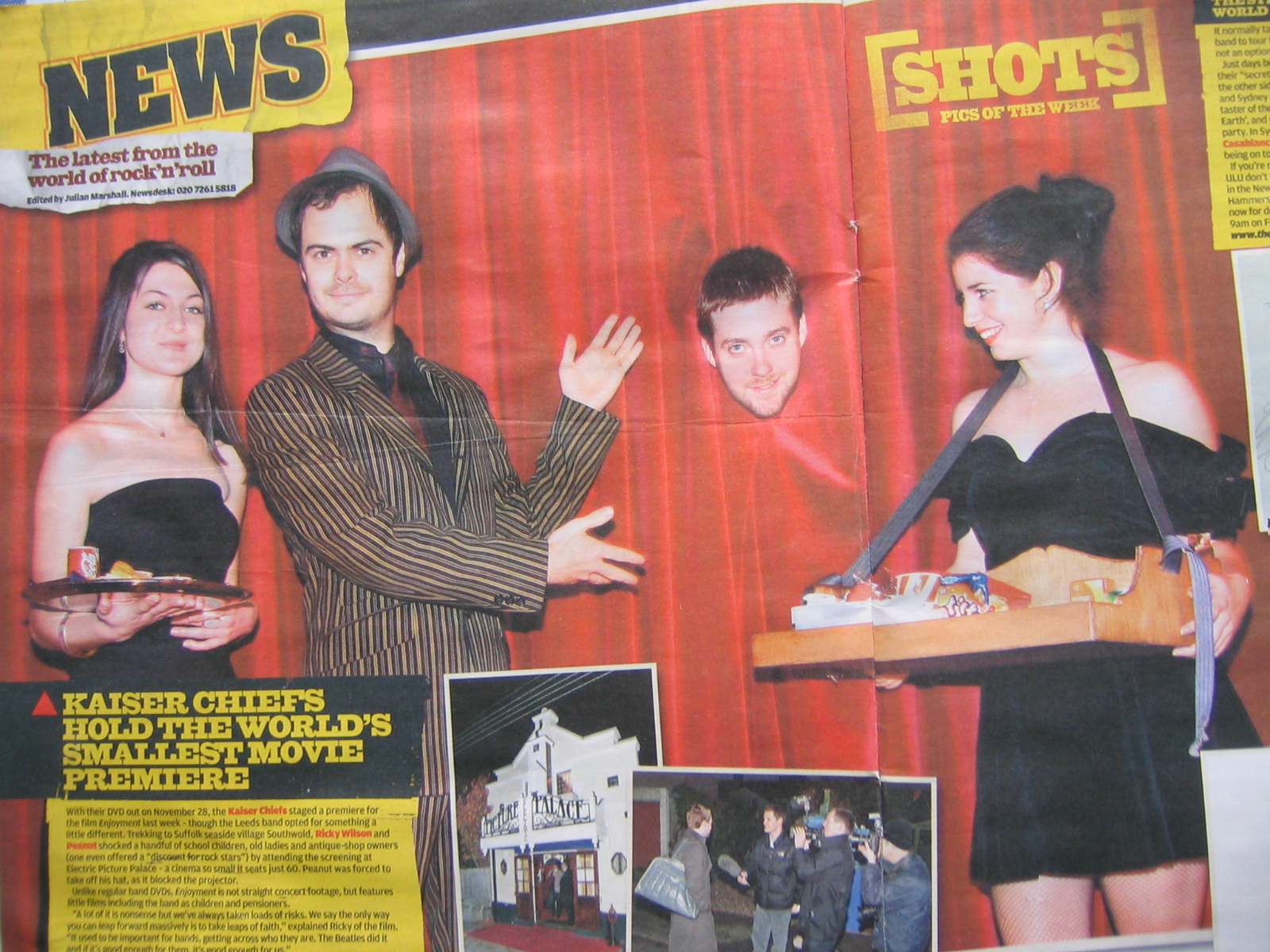 Famed band the Kaiser Chiefs appearing at the Premiere of  their  promotional DVD.  Usherettes Hermione Thomas and Rosie Bennett appearing with two of the band. Organist Victor Scott appeared playing “I Predict a Riot”. 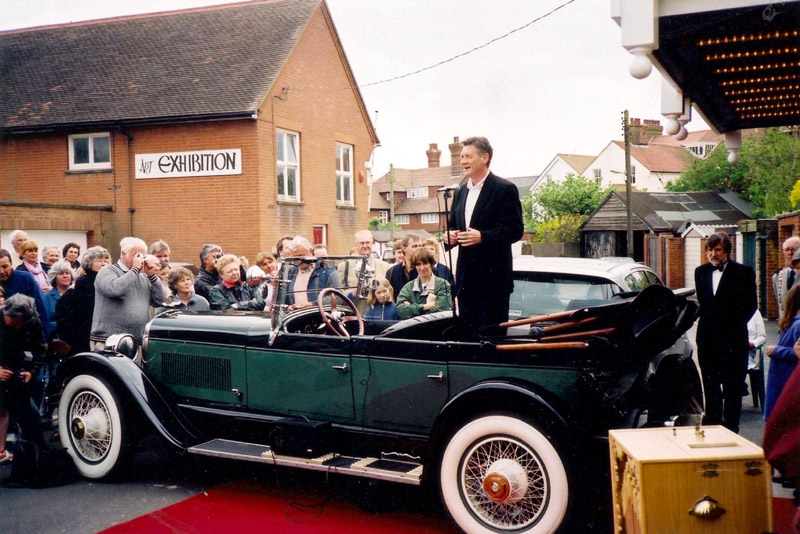 The £130,000 project, a conversion of an old stables and cartshed, was designed by local architect John Bennett and completed in 18 months by local builders Duncan and Son, with interior and exterior decorations by volunteers and  members of the Southwold Film Society. The wine-coloured  moire silk to the auditorium walls (used as a background on this website) was lovingly applied by Jane Bennett who also marbled the front entrance pilasters. 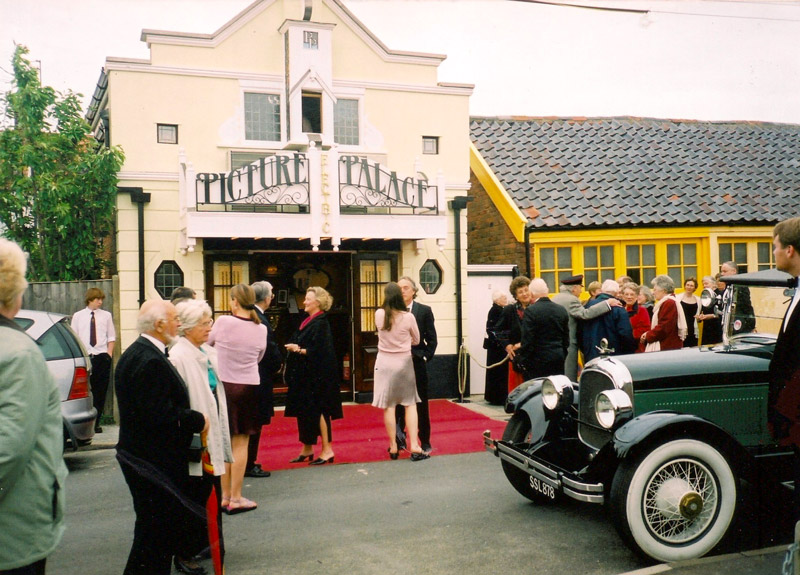 The Southwold Cinema, which developed from the old EPP in York Road nearby, closed in 1964 so the town had been without a cinema for 38 years. All agreed it was good to have one back. Michael Palin wished us luck and wrote that he hoped “the organ would continue to rise”.