This building is owned by the Southwold Film Society, a charitable trust, which created the Picture Palace from a 19th century stable and cart-shed in 2002. In 2012 it was extended into a garage at the east forming “Screen Two”, a foyer extension, screening room and gallery, with an office and archive above. The installation of a “Royal Box” increases the seating capacity from 68 to 70. 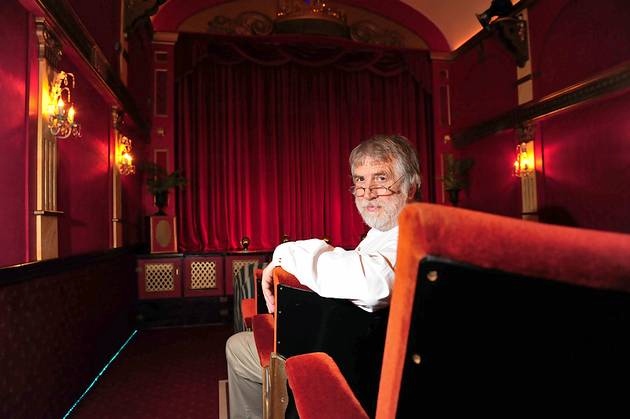 There was an Electric Picture Palace in Southwold which began showing silent films in the summer of 1912. It was close by, in the parallel road to the north, York Road, occupying buildings which were demolished in 1983 to be replaced by the Surgery and Orwell Court, a development of flats. Remembered by many, the Southwold Cinema as it became, survived until 1963.

The Society runs four film seasons a year, three of ten weeks roughly following the school terms, with screenings on Friday and Saturday evenings, plus one five week season during the summer with screenings four nights a week. The idea is to recreate the heyday of cinema-going in a theatrical environment with commissionaire, usherettes and a rising cinema organ as a vital accompaniment to the showing of good films.

You have to be a member to attend screenings but holidaymakers are welcome and may join for a season.  Annual membership is £10 and season membership £3. A member can bring up to three guests who do not need to be members. Tickets are £6  front row Stalls, £7 elsewhere in the stalls, £8 circle, £15 royal box. National theatre tickets are £10.

The cinema is available to hire for private parties and is licensed for weddings.

If the Picture Palace is not open any goods on display may be purchased at 23 High Street.